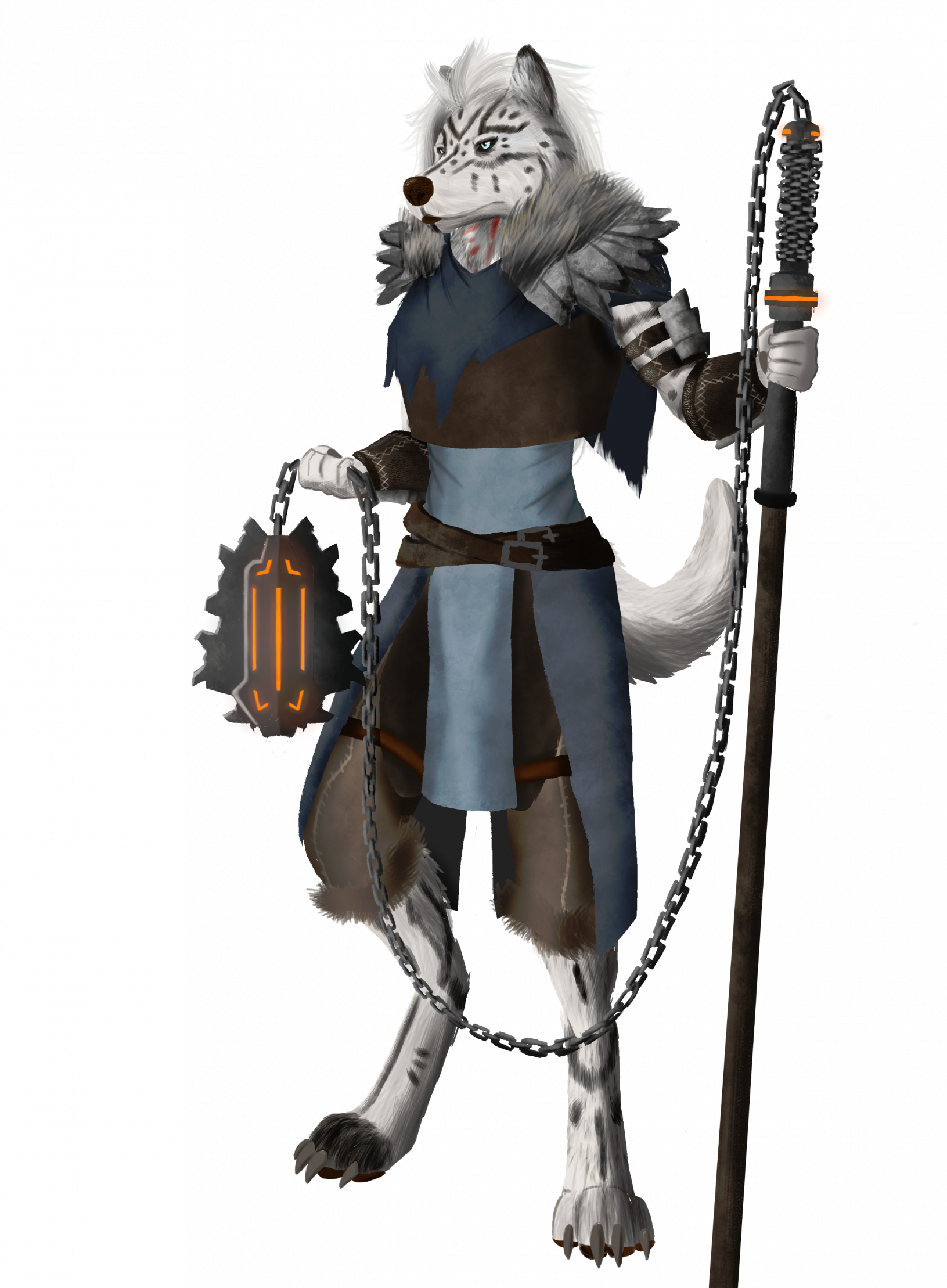 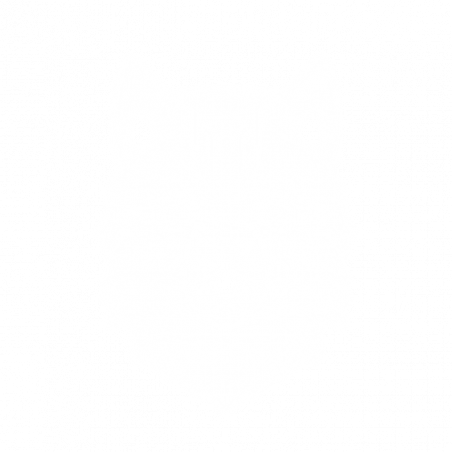 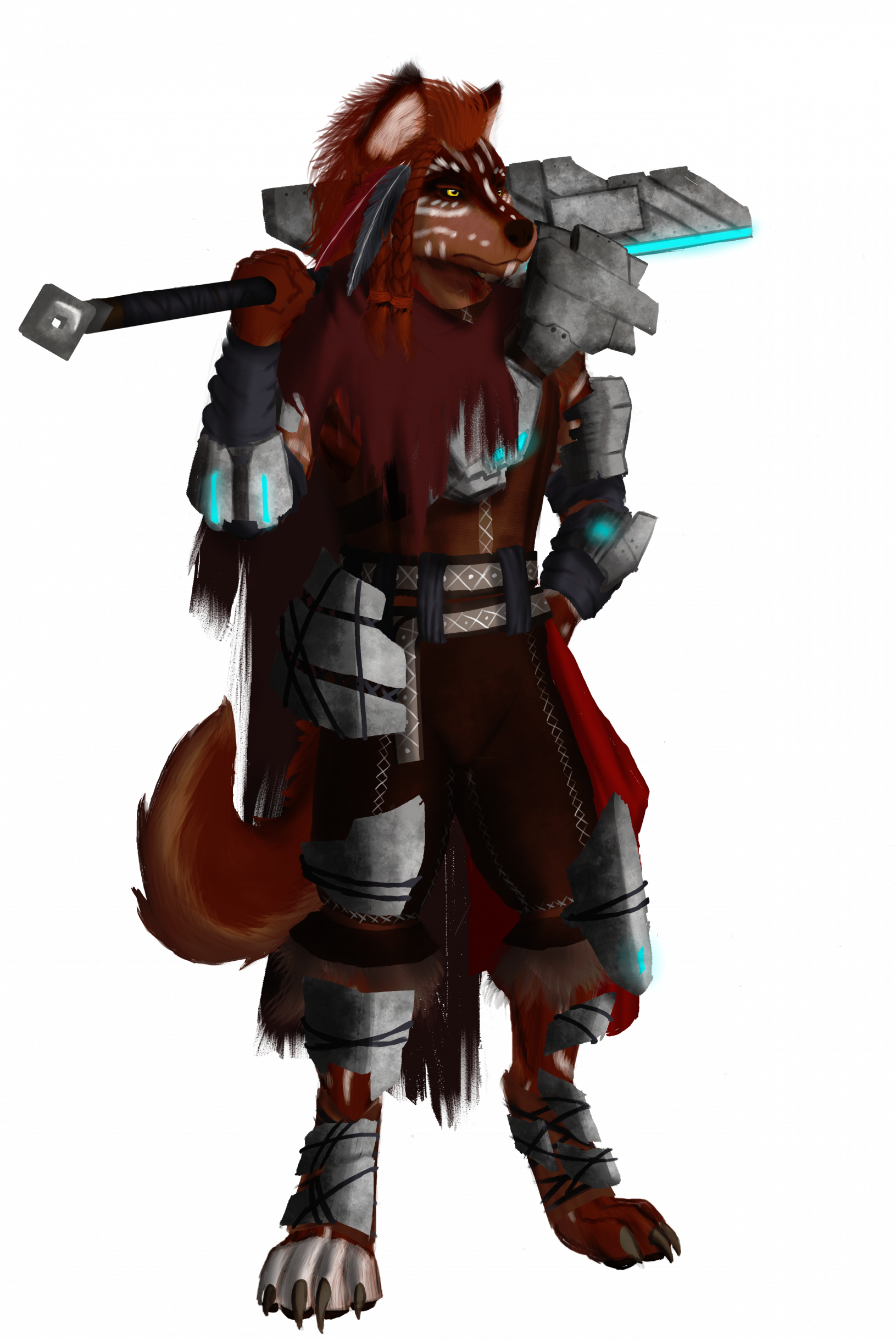 The Rekutii are a race of lupine hunters that became the most accustomed to living alongside the mechafauna of the Skylands, even taming the mighty hawkwolf in order to hunt larger machines. Though they are split into two tribes, both are easily recognizable by the markings they paint on themselves with which they tell different stories from their lives. Some of these stories are trying to be forgotten, however.

The Northborn and Mainlander Rekutii tribes have a blood-stained past as a result of one chieftain taking issue with relations between members of different tribes. Neither side is proud of the violence, but the clashes intigated by the late Northborn chieftain created a rift between the two tribes that is slowly repairing. It was the same Northborn chieftain's daughter and her Mainlander mate that ended the age of violence. Their child was given the title Reileri Av Raki Iwès: "The Sky's Promise of the North and the West", a promise never to repeat the mistakes of the past. 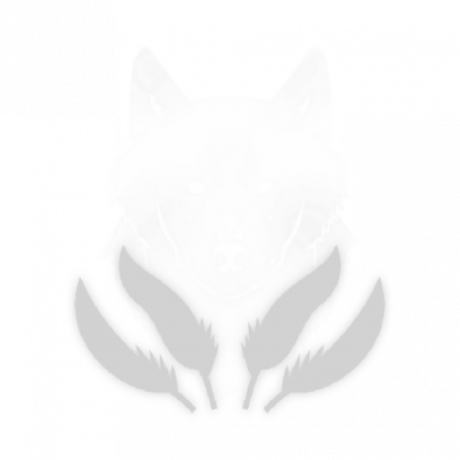 Hawkwolves are fiercely loyal, and incredibly intelligent predators that are drawn to all things shiny and electronic. Originally hailing from Tonit Kuva, they utilize electricity to move around more efficiently. Perhaps it was their shared love of hunting machines that first started the partnerships between Rekutii tribespeople and hawkwolves, or simply a mutual respect between hunters.

To those with the bravery to face them head-on, a hawkwolf can be a lifelong companion - or, at the very least, a worthy adversary. 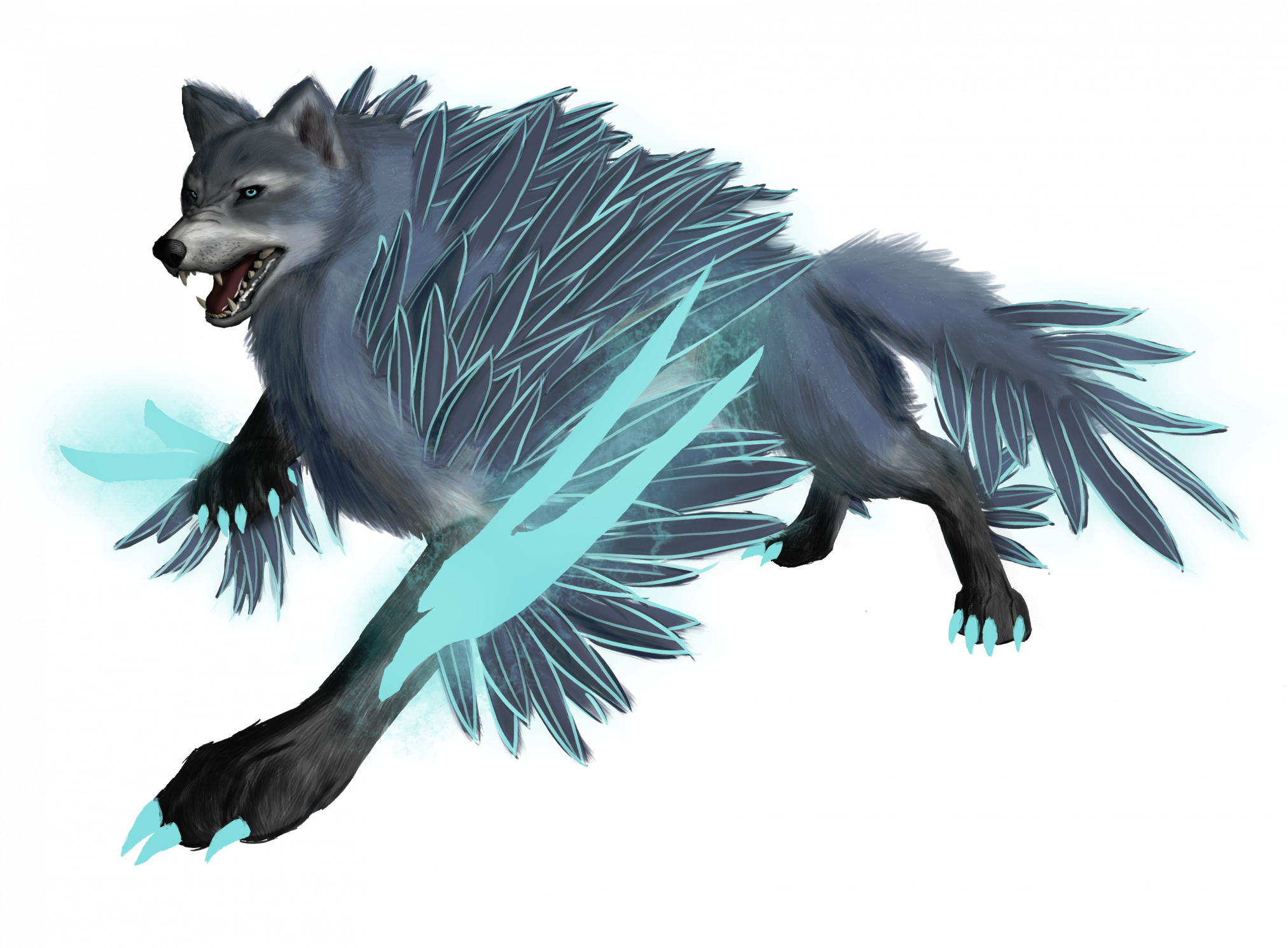